Office opening times: By apointment only 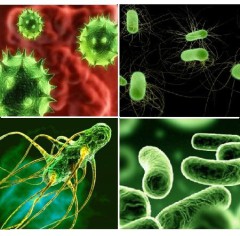 The Importance of School Sanitation and Hygiene

The clearance and eradication of all bacteria is impossible, however, following the right programme will ensure the infections are kept to a minimum.

Good hygiene practices are essential within all properties, after the family home, schools are most important places of learning for children; they have a central place in the community. Schools are a stimulating learning environment for children and stimulate or initiate change.

If good hygiene practices in schools are implemented, they can act as a model, and teachers can function as role models. Schools can also influence communities through outreach activities, through their students; schools are in touch with a large proportion of the households in a community.

Schools are often more than just places for learning and behaviour change. If school hygiene facilities are absent or are badly maintained and used, schools become risky places where diseases are transmitted. Schools can also pollute the natural environment in such a way that it causes health hazards for the community at large. It is therefore important that schools have proper hygiene regimes. However, improved facilities in themselves are not sufficient. If we want to reduce the incidence of hygiene-related diseases, and to protect the natural environment, behavioural changes are also needed, leading to proper hygiene practices and routines.

For classroom and nursery sanitisation call us today 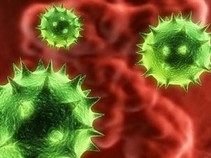 What is the Norovirus?

Norovirus, sometimes known as the winter vomiting bug, is the most common stomach bug in the UK, affecting people of all ages.

The virus, which is highly contagious, causes vomiting and diarrhoea. As there is no specific cure, you have to let it run its course, but it should not last more than a couple of days.

The period from when you are infected to when you start to show symptoms (known as the incubation period) usually lasts 12-48 hours. During this time, you may be infectious to other people.

Having norovirus can be an unpleasant experience, but it's not generally dangerous and most people make a full recovery within a couple of days, without having to see a doctor.

Noroviruses are a group of viruses that are the most common cause of stomach bugs (gastroenteritis) in the UK. They are also known as small round structured viruses (SRSV) or Norwalk-like viruses.

Between 600,000 and 1 million people in the UK catch norovirus every year. You may have heard of it as the “winter vomiting bug” because the illness is more common in winter. However, the virus can be caught at any time of the year.

This virus is just one of many.